Christianity Under Threat in Today’s Society

Christianity is under threat like never before in today’s society. There are many forces working against the faith, and it seems to be losing ground every day. Some people say that this is a good thing, that religion should not have a place in public life. But I believe that Christianity has a lot to offer our world, and we should do everything we can to protect it. In this blog post, we will discuss the threats facing Christianity today and how we can stand up for our faith! 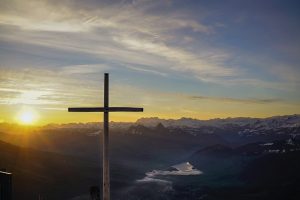 The rise of secularism and the decline of religious affiliation

The rise in the United States is a well-documented trend. But Christianity is also under threat in other ways. Here are four specific ways:

First, Christians are increasingly marginalized in the public square. In recent years, Christian symbols and expressions of faith have been removed from many public places, including schools, government buildings, and even private businesses. This marginalization of Christians makes it difficult for us to live out our faith in the public arena and share our beliefs with others.

Second, Christians are being increasingly censored. Social media platforms like Facebook and Twitter have been accused of censoring Christian content, and there have been numerous reports of Christian speakers being denied platforms to share their views. This censorship makes it difficult for Christians to share the gospel and engage in open dialogue about our faith.

Third, Christians are facing increasing hostility. In recent years, there have been a number of high-profile incidents of Christian groups being harassed, threatened, and even attacked. This hostility makes it difficult for Christians to live out their faith freely and openly.

The persecution of Christians in other parts of the world

It is often in the news, but what about here at home? It may not be as overt as in some places, but make no mistake – Christianity is under threat in today’s society.

There are a number of factors that contribute to this. First and foremost is the growing secularization of our culture. Christianity is increasingly seen as irrelevant and outdated, and its values are increasingly at odds with the prevailing culture. This is especially true of younger generations, who are growing up in a world that is far more secular than it was even a few decades ago.

Second is the rise of other religions. Christianity is no longer the dominant religion in many parts of the world, and even in countries where it is still the majority religion, other faiths are growing rapidly. This is particularly true of Islam, which is now the largest religion in the world. In Europe, Christianity is already in decline, and it is projected to decline even further in the coming years. 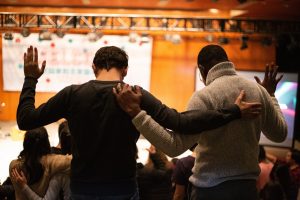 The third is the increasing hostility towards Christians from other groups within society. This is most evident in the debate over social issues such as same-sex marriage, abortion, and euthanasia. Christians are often vilified and demonized by those who disagree with them on these issues, and this hostility is only likely to increase in the future.

Fourth is the rise of anti-Christian bigotry. This manifests itself in a number of ways, from the vandalization of churches and Christian symbols to the harassment and abuse of Christians by those who hate them.

All of these factors are contributing to an increasingly hostile environment for Christians. It is becoming harder and harder for Christians to live out their faith in today’s society, and this is likely to continue in the years ahead.

What does this mean for the future of Christianity? It is hard to say. Christianity has been under threat before, and it has always managed to adapt and survive. But it is clear that the challenges it faces today are greater than ever before, and it remains to be seen whether it will be able to withstand them.

While we pray and work towards a change, it’d be best to find means to protect yourself, including using firearms for self-defense. Suppose you’re considering defending yourself with a gun, it’d be best to also get the necessary accessories, like the glock trigger. Consider clicking on this minutemanreview.com/best-glock-trigger for the list of glock triggers to enable you make the best choice for your firearm.

One thing is certain – Christianity is facing its toughest test in centuries. It is up to Christians to decide whether they will rise to the challenge or allow their faith to be slowly eroded away. The future of Christianity depends on it.

Do you think Christianity is under threat in today’s society? Why or why not? Let us know in the comments below.